a collection of hair 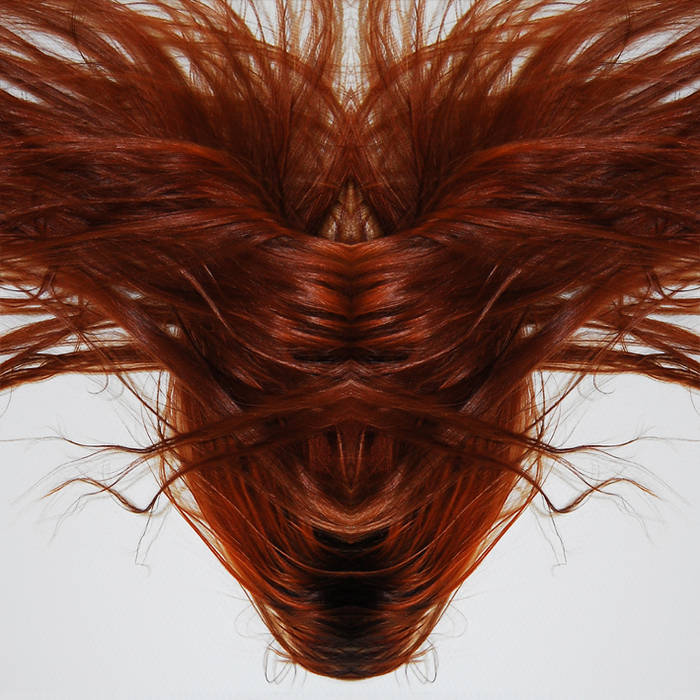 compiled from recordings made between 1995 to 2011, 'collection of hair' is a sequel to 'a collection of curses ' (2006) and gathers hard to find tracks, compilation contributions, reworkings, live recordings as well as unreleased pieces by dave phillips: a mutinous punk, aktionist and activist, a member of schimpfluch-gruppe and ohne, the man behind dead peni and a mingler and mangler in and of numerous other projects.

32 tracks/150 minutes of sound, including an unreleased recording of 'abolishing religion', a unique tel aviv performance, a radio piece curated by 23five, an edit of the schimpfluch-commune berlin wild boar feeding grounds piece and lots more, "collection of hair" is all about psychoactive sonics, minutiae micro-compositional rackets juxtaposed with flourishing audio-pastures, psycho-acoustic shock treatments and an almost scientific approach to musique concrète - a wide spectrum of recordings that illustrates the convulsive and always channelling body of work from the blackened man in black.

6 support bacteria (they're the only culture some people have)
recorded june 2007 for some manly wanker. previously unreleased

8 27.11.95
recorded november 1995 for 'swissotic commune document' compilation of schimpfluch artists released first on tape then on cdr by chocolate monk, then somewhere in scotland (now in brighton)

9 the possibility of life's destruction
recorded april 2011 for a japan benefit compilation 2cd for victims of the tsunami and fukushima disasters, released by licht-ung september 2012. the piece uses intro sounds from the discharge song of the same name

13 drinking song from the tomb
originally by rudimentary peni. recorded in 2006 for a rudimentary peni tribute album on lovecraft records from florida that never happened. released in 2008 on 'pangaea noise - an international compilation' cd by syrphe in belgium and in 2009 on 'the luff audio enforcer vol. 2' cdr (for laff members only) by luff production in lausanne

14 untitled
recorded 1995 in aarau as sudden infant for one 7" of the 5x7" 'etat bruit switzerland' compilation box released 1996 by scrotum productions from zürich. edited version

15 from upstairs with love
recorded fall 2005,  released 2006 on 'ta 072' compilation cdr on tochnit aleph, berlin. these were my neighbours upstairs

16 threnody to the victims of gluttony
recorded march 2011in tel aviv, to be released on some vegan/vegetarian compilation cd but the label owner turned out to be one of those (sadly typical) unreflective dogmatic sloganeering vegetarian propagandists so the track was recanted

18 for the tasmanian devils 2
based on a track made in march 2007 to coincide with a tour of down under. rerecorded in 2009

19 most adults are atrophied children whose fire has long since been extinguished
untreated (but edited) recordings of insects made in thailand in 2001, released 2007 on 'power/field' compilation 2cdr by anarchymoon, then in los angeles. title words ripped off from william bennett

2 i question my reality
recorded february 2011 in tel aviv for 'i never promised you a rose garden' fundraiser compilation tape curated by andy ortmann, released by wfmu

6 kill yourself
recorded march 2006 as a myspace exclusive, later released on 'the luff audio enforcer vol. 2' cdr (for laff members only) by luff production in lausanne

8 witayu
source material recorded on the radio in thailand in 1994 & 1995, piece recorded in january 2011 in tel aviv for the 23five, san francisco 'radio transmissions' series curated for radio broadcast, released as an artists only cdr in may 2011

10 schimpfluch-commune berlin
source recordings from a live-webcam over wild boar feeding grounds in the bavarian forest. piece made in february 2004 and released as a cdr by tochnit aleph in berlin in may 2004. edited version

11 untitled
made originally for ohne live performances in helsinki and st. petersburg in 2004, later edited for release on 'libertarians under friendly fire' cdr released by tochnit aleph to coincide with the luff festival 'nuit bruits de corps' in october 2005 in lausanne curated by tochnit aleph and dp

12 the lie of good and evil
recorded 1996 in aarau, released 1997 on 'III' tape released by schimpfluch in zürich

13 what do you fear?
recorded fall 2006, released on dp/r&g/sudden infant 'schimpfluch commune int.' double-tape and cdr on nihilist chicago in 2007


all audio recorded and arranged by dp in zürich unless otherwise noted.
hair by nathalie. photos & artwork by dp
for schimpfluch: rudolf, joke, marc & daniel
thanks to all involved
assembled 2012