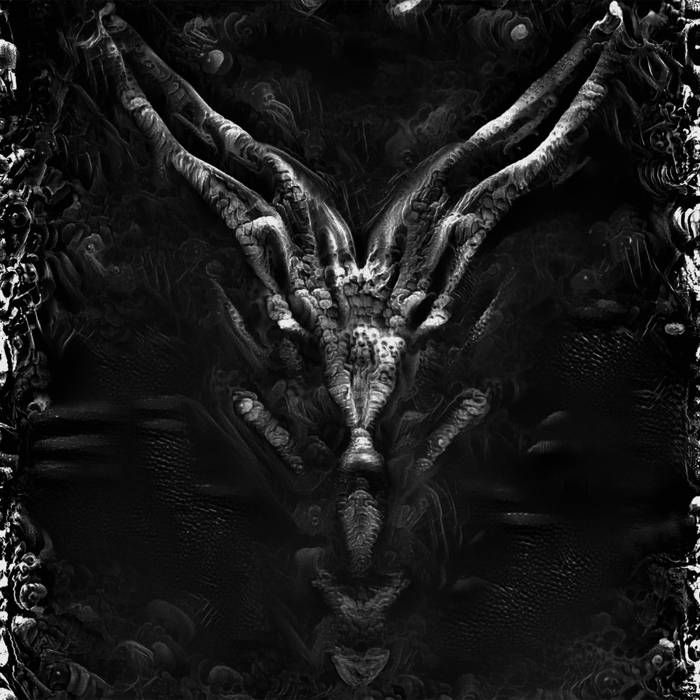 the_anti-reptilian_resistance a terrifying listen. sneaks around the room when we're not looking. amazing and unlike anything else.

also available via licht-ung, check their other unique and limited gems: licht-ung.bandcamp.com

all audio by dp. decomposed dec 2017 - mar 2018.
shartwork by @rcrectum, treated by dp.
mastered by riccardo mazza.
10" vinyl released by spalt-ung/licht-ung
in an edition of 50 lathe-cuts.

****
ex spell
what holds people back from evolution is fear. the term anthropocene also stands for the failed promise of the modern age, that mankind could exempt itself from natural conditions. in this regard, the wounds inflicted upon our earth are also deep incisions into our lives. they refer us back to the reality of a thousand dependencies and feedback effects, that connect our societies with the complex processes of a planet that is neither stable, nor infinite, nor separated from us.

outside (is hostile)
the belief in a purely objective comprehension of nature, in a clear and complete understanding of how the world works, is the belief in an entirely flat world seen from above, a world without depth, a nature that we are not a part of but that we look at from outside — like a god, or like a person staring at a computer screen. such cool, disembodied detachment is itself an illusion, and a primary cause of our destructive relation to the land. i insist on the primacy of our bodily embedment in the encompassing ecology, on our thorough entanglement within the earthly web of life. i suggest that we are utterly immersed in, and dependant upon, the world that we mistakenly try to study, manipulate, and manage from outside.

snob
and so an ontological snobbery was born, a belief in a hierarchy of being. every shared breath is an act of copulation, in which our dna gets mingled. i suggest weltwahrnehmung rather than weltanschauung. the greys of night are as varied as the rainbow spectrum at noon.