don't hurt me for your pretty (中国实地录音) 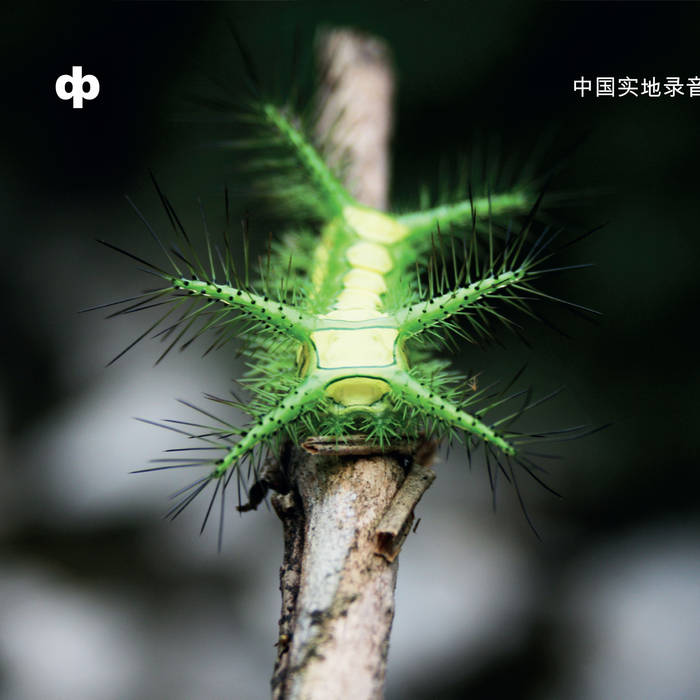 WARNING: PLEASE DON'T BUY, SELL, TRADE OR DISTRIBUTE THE CD VERSION OF THIS RELEASE, THE CD IS FAULTY.

the audio contained on the cd version is not the material i provided for release, and it does not meet the quality standards that i wish to offer.

the label releasing the CD managed to press an early demo version rather than the final audio master. duh. the demo version differs partly in composition and is only partially mastered, some tracks are unfinished and have different track lengths....

the label, once confronted about this mistake, stopped communications alltogether.

the kalamoji mountains are about an hour and a half drive from taipei and yannick dauby kindly offered to take me there. once we are about an hour’s walk into the lush and dense forest, the endemic yangmingshan cicadas start sounding. we set up our recording equipment and listen, with goosebumps. after about 10 minutes, lightning, then a crack of thunder, then another, and heavy raindrops start falling, increasing fast. speedily we pack up our gear and start heading back. soon rain is pouring in torrents and we can but run. that’s when the yangmingshan cicadas start sounding ecstatic, loud, dense, from all directions. i’m sorry i can’t let you hear that. we are soaked by the time we reach the car.

zhangjiajie is one of china’s most popular national parks. hordes of people flock into it daily, and nearly all visit the most easily accessible spots only - usually spectacular viewpoints that end up being very crowded. a larger part of the park though is more or less free of humans.
the path to yazizhai is a simple, ugly, concrete footway along a stream that looks as if built fifty years ago and then forgotten. it leads off from one of the popular, very crowded picnic spots - and suddenly, there’s nobody. the couple of times i walked this path i never encountered another human. the path’s beginning is marked by a tumbledown gate, along the way the concrete has crumbled, sunk, been washed away and is covered by leaves, fallen branches and trees or obstructed by rocks that moved. armies of cicadas are sounding, acccompanied by whistlers and other insectan sonics. as the sun starts setting their volume and density increases.

huashan shanzhai / panlong in guangxi province is surrounded by forest-covered karst peaks, is home to the longrui nature reserve and to the two thousand year old huashan cliff murals. a village of a few scattered houses and at the top of it, a hotel, of which we are the only guests, as it’s the off season. hiking is only possible with a guide due to the danger of getting lost. but the sounds are all around and at night symphonies are created. these recordings were made in different spots of the village between 22h and 2 a.m., in gardens, overlooking a pond, by the river, and next to thickets at the edge of the dense jungle beyond.

dehang in western hunan province is located in a large geological park with astonishing countryside landscapes, terraced valleys and waterfalls. leaving the village upstream, fields of arable land pass by before wilderness takes over, with the path leading further up to the dramatic liusha (or ‘fading yarn’) waterfall, that feeds the little river into dehang.
this path at night is another story. the moon casts a pale light and i stand before a thicket, ears about a hand’s width away from it, for what felt like hours, entranced by the melody and rhythm that these insects reveal as time loses itself. occasional frogs croak from the stream some metres below.

the photo of the insect on the cover, is taken on this path.

the sun and moon bay at ri yue wan is a gorgeous stretch of coastline on hainan’s eastern shore, popular with surfers - it is windy. it is even windier the morning after we arrive. the surfer hostel’s caretaker, informed by weather apps, tells us: this is building up to a typhoon. we have to stay put. but listening to this force is awe-inspiring, it sounds, looks and smells incredible, furious winds, trees bending, objects flying around and crashing, stones moving, dogs barking...

detian waterfall in guangxi province is asia’s largest and the world’s second largest transnational waterfall. vietnam is at the top of these falls. surrounded by karst peaks, the falls drop in three stages to create cascades and small pools. as we arrive in the afternoon and walk along these falls, cicadas sound in the papaya orchards nearby.

see track 2 for info on the location. apart from a few split-second cuts, this is an unedited recording, as i walk, and the sun is beginning to set.